This caught my eye as I’ve been an expat, admittedly a long time ago. I know it sounds exciting and glamorous, and of course it is, but there are challenges. This book focuses on these aspects.

The book is written by Las, who is a “trailing spouse”, the non-working half of the family. It was actually my job that took us to Sydney, but my husband quickly found a job in his sector, so we avoided many of the isolation issues that she encounters and, other than distance from home, Sydney has to be one of the easiest places to settle as an expat, however much of the rest of the book resonated. I’ve also done a short stint as a trailing spouse in South Africa, where I got an insight into many of the struggles Las addresses.

The chapters cover a wide variety of topics. The chapter on packing was pretty basic, but the one on Expat Drop was extremely insightful – in fact any expat should read the book for this chapter alone.

Overall, I’d recommend this to anyone considering the expat life. I also think it would be useful for the working half of the team to read it to get a better understanding of some of the issues that their trailing spouse faces. My only gripe would be, it felt like it should be humorous, but it was neither totally funny, nor totally serious. The home help chapter for example nearly had me laughing out loud, but not quite.

One thing I would add from my personal experiences, is that it took us about 18 months to break out of the expat community and make local friends. That group are still some of my closest buddies even now, 20 years later, and some of them are settled in the UK! 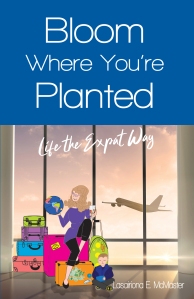 Are you contemplating a move abroad?

From culture shock to capable, from language barriers to lifelong friends, and from foreign land to the familiar. Being hurled into life in a strange new place can be daunting and overwhelming, but it can also be exciting and enjoyable.

Rich with tips on how to expat like a boss, Lasairiona McMaster’s “Bloom where you are planted”,takes you on a journey from packing up her life in Northern Ireland to jumping in at the deep-end as an expat in two countries.

An experienced expat from a decade of living abroad, her honest and uncensored tales of what to expect when you’re expatriating, are as funny as they are poignant, and as practical as they are heartfelt. If you’ve lived abroad, or you’re considering the move from local to expat. If you’re looking to rediscover yourself, or simply wondering how on earth to help your children develop into adaptable, resilient, and well-rounded people, this book has something for you. 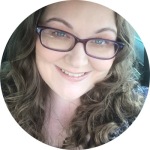 Lasairiona McMaster grew up dreaming of an exciting life abroad, and, after graduating from Queens University, Belfast, that is exactly what she did – with her then-boyfriend, now husband of almost ten years. Having recently repatriated to Northern Ireland after a decade abroad spanned over two countries (seven and a half years in America and eighteen months in India), she now finds herself ‘home’, with itchy feet and dreams of her next expatriation. With a penchant for both travelling, and writing, she started a blog during her first relocation to Houston, Texas and, since repatriating to Northern Ireland, has decided to do as everyone has been telling her to do for years, and finally pen a book (or two) and get published while she tries to adjust to the people and place she left ten years ago, where nothing looks the same as it did when she left.

Available in bookshops and online now!